↓ Skip to Main Content
Home › Godsblog › Who is Billy Rancher and How Did We Come to be Unreal Gods?

Who is Billy Rancher and How Did We Come to be Unreal Gods?

Part One – Who is Billy Rancher? 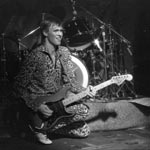 Be it through Evolution, Divine Intervention, Fate or Luck, Billy Rancher and the Unreal Gods were born a fully mature musical entity in the spring of 1981. Never before in the history of Portland, Oregon had a band hit so powerfully with all the pieces so perfectly aligned. The songs, the personalities, the musicianship, the image, the attitude, all presented in a manner larger-than-life, captured the hearts and minds of a generation ready to celebrate the possibilities of a decade still fresh and new. The hippie granola culture of the sleepy 70’s had been replaced, a sharp-dressed success mind-set that was ready to work hard and play harder. Video tape technology and D.I.Y. independent records were the tools of a new breed of young musicians who were ruthless to conquer Portland’s establishment and the world. Billy Rancher and The Unreal Gods defined that ambition, not only a band, but that of all the 20-somethings of the 80’s who embraced all the new possibilities so waiting to be exploited.

The Unreal Gods were built from the genius and vision of Billy Rancher, an ex-baseball jock who came late to music, giving up bats, balls and college 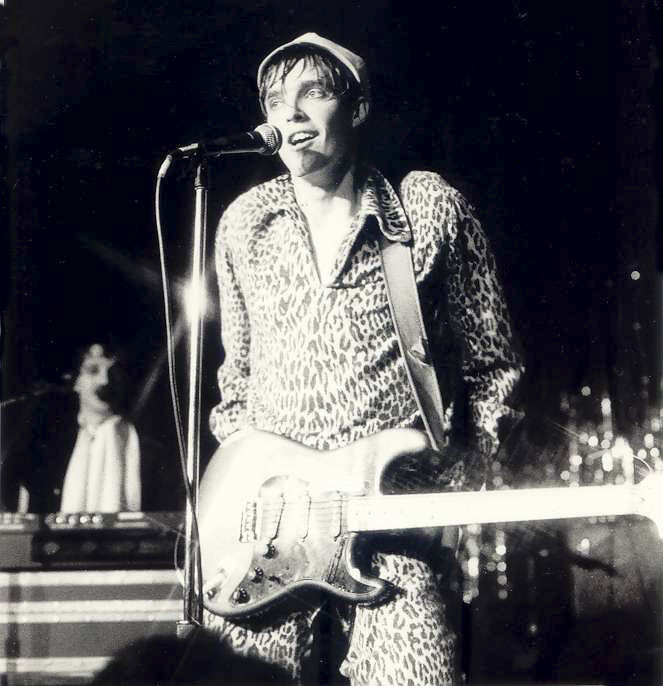 for a guitar and the need to express his inner Bowie/Jagger persona. What may not have been apparent at first was that Billy had eyes that saw the world in terms of a grand stage, ears that heard the poetry and drama of everyday life and an instinctive connection to a higher creativity that allowed him to give voice the collective consciousness in songs that could be understood by anyone upon the first listening. Couple all that with a six foot plus frame, movie star looks and an ego and confidence which saw nothing wrong in having it all, this is the stuff stars are made of.

To those around him, Billy possessed super-human capabilities. In retrospect, it was his karma to pack a life time of living into 29 short intense years. Billy was a force of nature who through his weight of the gravity was able to bring all us passing people-planets into his orbit. An orbit many of us still seem locked in today. If you believe in God, than Billy was a messenger, if you believe in Evolution, then Billy was the alpha, if you believe in fate and luck, then know that Billy was always aware of this fate and created his own luck out of talent and sheer will.

Billy was a master of the moment who lived in the “now” with a vengeance. Billy could squeeze the potential out of any moment and make magic happen as others would conjure the mundane. On any given night, The Gods on-stage, knew the destination, but the path was ever shifting. No two performances were ever completely the same. Billy channeling the energy of the audience on the dance floor and feeding it right back, the whole room locked in a collective loop, climbing higher and higher, till the energy burst like an exploding bottle of warm soda. It was improvised musical theater, performance art wrapped in the robes of rock-n-roll mythology reinvented. His commitment; total, he could bring us to an altered consciousness bordering on an out-of-body experience.

Not to mythologize the man to the point of sainthood, Billy had his share of demons too. Like all those who potentialize greatness, his demons could come on strong and powerful, contradicting in equal force his humanity and compassion. At his best he could channel his darkness into a laser wit with that could cut to the core of hypocrisy and greed, exposing the hidden truth or, expressed in large scale acts of artistic civil disobedience which often shared the collective rage we all shared but did not have the awareness or the courage to express. Some days the demons would win, the fallout left for others to often clean up, Billy usually on to a new brighter moment by the time the dust settled.

Could you say Billy was a martyr? I would say Billy was a teacher. He taught life, and through his own circumstances, while at his most vulnerable, he taught us about death. John Lennon’s passing, profound as it still is, is also abstract and distant. John, though in our heart, was never in our grasp. With Billy it was up close and personal. It forced one to experience the process existentially what we will all experience personally someday. Billy’s decision to treat illness and decline as a harrowing third act is unnervingly courageous, both personal and public. He made us look. It would have been so easy to crawl off and disappear. Instead he gave us the triumph and tragedy of the struggle to survive. To see his work complete, he fought to the end, making his final stage appearance and final bows within weeks of his passing.

This is why we are still celebrating Billy Rancher today, almost 30-years after he left us. He will always be in the hearts of those fortunate enough to experience him in person as well as through sound and vision via the Internet and whatever replaces the Internet in the future. He was, is, a miracle and someday our paths will cross again.

Part Two – How did we come to be Unreal Gods?